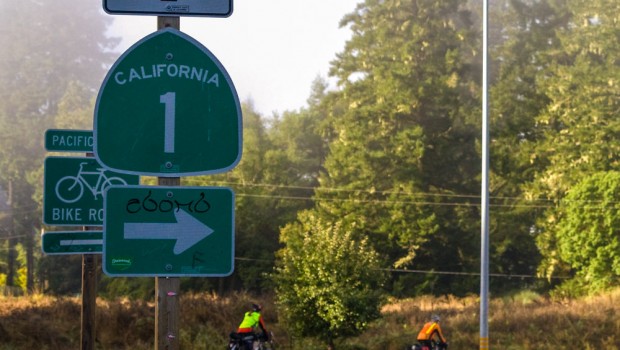 Why can it be so difficult to decide where to ride on a tour? We’ve been on two long bicycle tours (and countless small ones) and we are always pleased with the experience. However, in the early planning stages we tend to waffle on the details. Things like: where are we going? When are we going? How long do we plan to go? Answers to these questions continuously change as the planning continues.

Our latest tour took us across the southern tier of the United States through autumn. However, the trip was originally planned as a northern crossing in the spring. Why the drastic change?

As with many things in life, timing is everything. To complete a successful northern tier tour, without suffering through intense heat or deep snow, the timing needs to be perfect. If you travel west to east, you want to leave late enough to avoid snow in the mountain passes, but early enough to avoid hot, humid weather once you reach the plains. For us, this proved too uncertain. The southern route has similar issues, but we found that it worked for our schedule. We could leave late enough in the season to avoid horrendously high temperatures, but early enough to avoid snow in the mountains.

The main consideration when we plan a tour is flexibility. We give ourselves plenty of time to account for illness and injury, since these are two things generally out of our control. We plan for rest days. We’ve found that a rest day every 5 or 6 days is usually sufficient, and we account for this in our mileage estimates. We also try to plan for several different “early outs”. If something goes wrong on the tour, we think about where we could end it prematurely. Is there an airport along the way we could shoot for? What about the railroad? A large town with a rental car? Several friends and family members have offered to save us if we need it, as well. We’ve never had to call in that favor (yet), but it’s sure nice to know it’s there.

What’s that old saying? “An ounce of prevention is worth a pound of cure.” I think it’s applicable to planning a bicycle tour. You can’t, and shouldn’t try to plan for everything on a bicycle tour. But thinking about the route before you leave can help you have an enjoyable, safe ride. We have found most of our least favorite days touring are when you lock ourselves in to being at a certain place at a certain time and have to push too hard to get there. In the end, it’s about the journey, not the destination. No matter where your tour takes you, you will learn things about yourself that you never knew before. And that’s what really matters!

Adventure Cycling Association has many preplanned routes, and their maps are top notch. Check them out!

Why Scheduling Rest Days is a Good Idea →