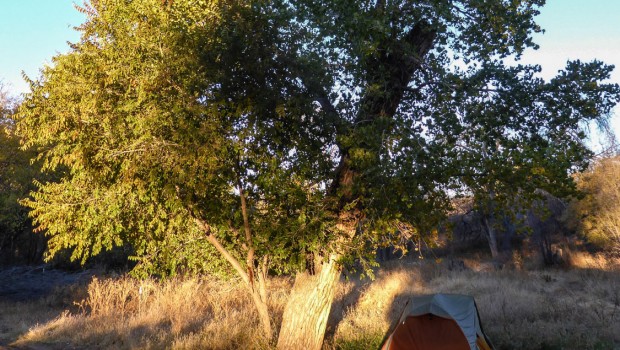 Now that you’ve decided to go on this crazy thing called a tour and have purchased all the cool gadgets to make your tour awesome, you’re worried that you will be stranded with a low cell phone battery in the middle of nowhere. I’ll admit, I was afraid of this same thing. Ok, maybe not afraid so much as concerned; after all, one of the best things about touring is the ability to unplug and get away from the noise and distraction of the digital world. However there are some amazingly cool apps and doo-dads that require power and can make your tour better and easier. For those of us unable to completely unplug, here are some ideas to help you keep your electronics powered while you’re on tour:

One thing we found worked for us on the Southern Tier (where it was sunshine and blue skies most of the trip) was a Bushnell Solar Wrap which we kept exposed during our days’ rides, and charged up an internal battery which could then be used to charge any USB device. Additionally the internal battery could be charged from a USB wall charger allowing us to top it off at night or after cloudy days.

The downsides are that it takes ten hours of direct sun to charge fully and doesn’t work in inclement weather. Both of those can be challenges when you are riding a bicycle. The solar charging equipment seems to be a tough product to engineer well, with many solar charging have a large number of negative reviews. This probably shouldn’t be your only method of charging at this time.

We use a Jackery Bar which is a small battery with a USB port that our devices could be plugged into. Our initial intention was to use this as a backup. We would charge the bar up using any outlet we came across, and use it to give our phones and cameras a boost. This ended up being our favorite option: it charged quickly and lets you use your device where ever you want.

Also in risky situations you can leave the battery bar charging unattended instead of your expensive devices. Our favorite part of this solution is that it freed us from having to sit near an outlet while charging the phone, simply plug the phone into the Jackery Bar and you can now use your phone anywhere. No more hanging out in those lovely state park bathrooms while trying to get a charge.

Any time you’re stopped in a place with a wall outlet, take advantage of it if possible. Plug in your devices when you can. Some common charging spot include hotels, the bathrooms at the campground, or even the local library. Make sure that you ask the owners/operators before charging, however most people are very understanding and willing to help you out.

One of the easiest ways to reduce your charging requirements is to conserve battery power. Turnoff your devices when you don’t need them, put your phone in airplane mode when you’re not using it. I’ve found airplane mode works better than powering it completely down and then back up, which seems to take more juice. Also this allows you to have the phone available and ready to use versus waiting for it to startup. Most smartphones have a widget which can turn airplane mode on and off with one click.

Remember, bicycle touring is all about solving those little problems as they come up. And, don’t forget, it’s not the end of the world if you can’t check your Facebook that night. But with a little pre-planning, you can be as plugged in (or as unplugged) as you want to be on your bicycle tour.