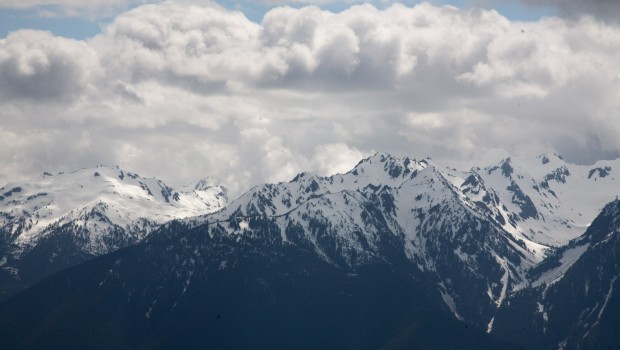 I don’t know about you, but I live at a pretty low elevation. We’re not right at sea level, but pretty close (just over 1000 feet). When we’re planning our bicycle tours, it’s inevitable that we’ll be running into some high altitude stuff, even just momentarily. Riding at sea level doesn’t prepare you very much for the challenges of higher elevations. Luckily for us, we have a National Forest nearby, with elevations up into the mid to high 7000s feet. We definitely like to get up there and ride as much as possible, not only because it’s cooler on a hot summer day, but it helps train our bodies to know how to breathe when the oxygen levels are lower. When we climbed up over the pass from Arizona into New Mexico last fall, we were unprepared for the difficulty of breathing. We just took it slowly, and tried to rest when we needed it.

I recently visited a family member in Wyoming, and found myself struggling to breathe doing normal activity. My brother’s house sits at about 6700 feet, and I could sure tell a difference. One thing I found useful to getting myself acclimated was physical activity. The second day after I arrived, I went for a run. Sure, my pace was slower than normal, and I didn’t go nearly as far as I usually do, but after the run, I felt better and had an easier time breathing. And then came the real challenge: a bike ride. After I’d been there a few days, I borrowed a bicycle and went for a climb. By the time I had climbed 1000 feet and reached the summit, I was huffing and puffing. I took a break at the top, enjoyed the view, and then coasted back down. It took just about a week to get fully acclimated, but the addition of physical activity made a huge difference.

One thing to keep in mind if you’re making a big climb and you’re is not used to the elevation is to take it slow. Don’t expect too much from your body. Even a few thousand feet of elevation higher has a noticeable difference in oxygen levels. You will have to breathe more to get the same amount you are used to. So, go easy on yourself. If you have a chance to do some high altitude training before your ride, great! It can only help. But if you don’t, that’s ok, too. Just take it slow and steady. Give yourself lots of breaks. And enjoy those views from the top!

Why Scheduling Rest Days is a Good Idea →