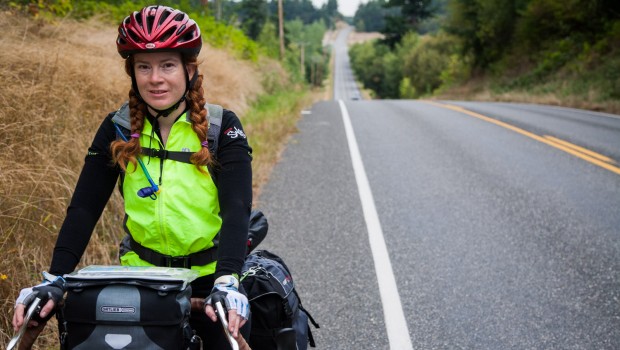 On my first ever bicycle tour, we bicycled down the Pacific Coast. We started in northern Washington, near the Canadian border, and made our way south toward Mexico. After the first few days of climbing up and down steep, small hills, I realized how unprepared I was. The steep hills just about made me throw in the towel. Each night, I would glance at the map for the next day’s ride, and worry if it looked like there was a sizable hill coming up. As we drew south and closer to the biggest climb on the coast, Leggett (1 and 2), my anticipation increased. Would I be able to make it?

But here’s the thing. The big hills always turned out to be much easier to climb than I expected. In general, hills are graded gradually. Even steep ones usually aren’t steep for long. And the best thing about being on a bicycle is you can take a break whenever you need it. There’s no rule that says you have to keep climbing a hill once you’ve started. My husband’s motto is: Slow and steady, and onward and upward. As long as you keep making forward progress, you’re golden! My memories of the Leggett climb are ones of satisfaction and a sense of accomplishment. The climb was gradual, and quite pleasant. The view from the top was amazing, and the downhill ride was exhilarating.

As I have gotten better at bicycling and touring, I have become a better judge of what my body is capable of. I find the least enjoyment with rolling hills, even as a well-seasoned tourist. I much prefer slow, gradual climbs. Additionally, I have learned to take with a grain of salt a car driver’s opinion of upcoming hills. Car drivers don’t even notice the millions of hills they climb with no effort; on a bicycle you have to fight and conquer each one.

On a recent tour, we tried out an Android app simply titled “Elevation Profile” that we used to show the elevation profile for the next day’s route. It was much more accurate than the map profiles we had been using. And since I had more confidence in myself, it felt good to see what I was capable of achieving.

Once again, bicycle touring can be seen as a metaphor for life. How many times do we stand before an obstacle and psyche ourselves out before we even try? Worrying about how big that hill was the night before didn’t change the fact that the hill existed, or that I had to climb it. The best thing to do is take the challenges as they come. And there’s nothing better than reaching the top of a particularly long climb, taking a deep breath, and smiling all the way down the other side.

Life and Hills-Metaphors for biking and life →